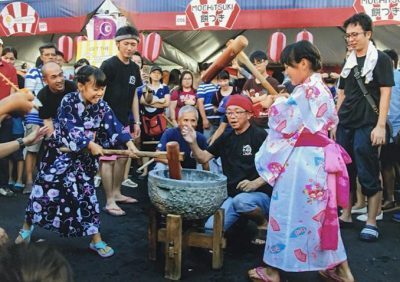 From sushi to anime, many Malaysians have come to appreciate Japanese culture. In our younger days, Ultraman and Doraemon were central figures during our Saturday morning cartoons routine. We enjoyed watching their quirks, curious about their bento diet and an odd sense of humour.

Students who study in Japan will naturally experience this life and culture first-hand. Dato Dr. Siow Kuang Ling was one of these people. The Japanese medical university graduate was in awe of the Japanese – their punctuality, honesty, and their overall good values, always keeping to their word and their promises. To inculcate these values to Malaysians, he founded the Japan Graduates’ Association Of Malaysia – Southern Branch (JAGAM-JSB) in 1980.

Since then, JAGAM-JSB has been the bridge between Malaysia and Japan in cultural and educational exchanges. Students from Malaysia are sent on homestay programmes in Japan. Selected students go on adventures to Japan through JAGAM sponsorships to learn and bring home Japanese advancements – the latest being how the Japanese manage their waste. In Japan, cleaners are not hired yet there is no rubbish in sight. The Japanese take the trouble of keeping their wastes in their bags and properly disposing of them at home rather than throwing it anywhere. These habits were instilled from a young age, and with everybody in it together, cleanliness becomes second nature.

According to Dato Siow, JAGAM-JSB members have no problem in finding a job. Japanese graduates are in demand by Japanese companies for the understanding of their language and working culture.

In 1999, the first Bon Odori was organised by JAGAM-JSB in Batu Pahat, where many Japanese factories are located. Bon Odori is a dance festival celebrating harvest in summer. The event was a success as Malaysians like to take part in dances. The second to the thirteenth Bon Odori festival was co-organised with another organisation. JAGAM-JSB took over the reins again during the fourteenth installation and celebrated the 20th anniversary of Bon Odori in Johor in July 2019. The event has become a permanent feature in our tourism calendar.

Other than homestays and cultural festivals, JAGAM-JSB also organises Japan-themed classes such as floral arrangement, sushi-making, and education fairs.

“The Japanese treat everyone as equals. Smiling all the time, they have a good attitude. Nobody would cheat you. If I left my phone here, I would be able to find it at the same spot untouched,” concluded Dato Siow, a surgeon who studied medicine in Japan for ten years, and continued to pursue his Ph.D. in Japan while working at a local Johor hospital.